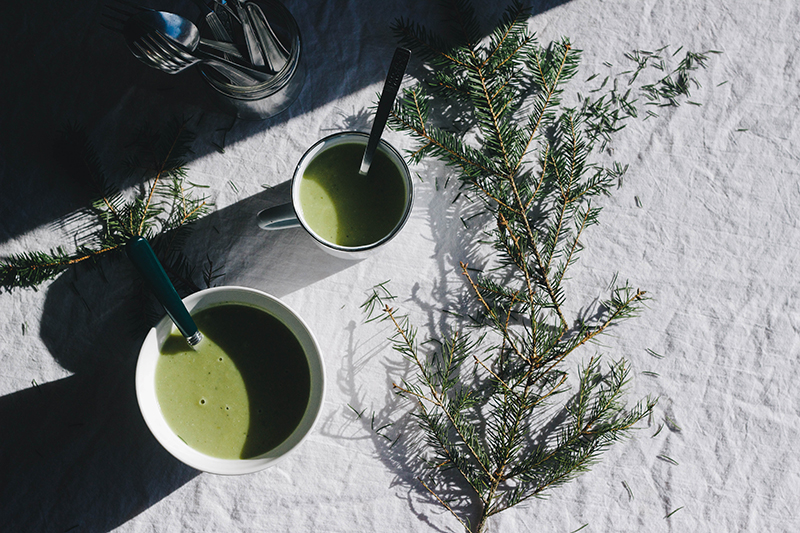 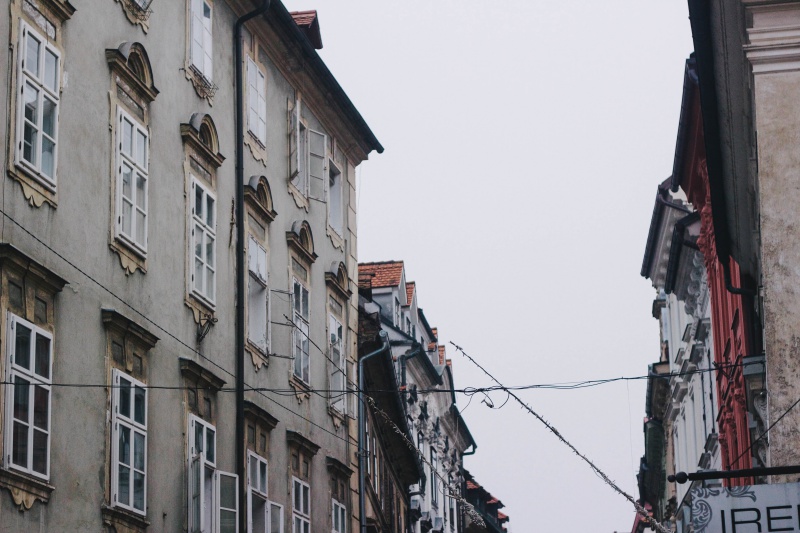 Yo people of the internet. This is Anze aka Petelinskov. I’m a graphic designer & photographer studying in Ljubljana, but I’m also vegan + I like to eat well. I’ve been planing to make a Ljubljana guide for the longest time, but when Nevena asked me to make one, it took me less then a month to pull together a few of my pro tips on living or travelling to Ljubljana. There’s also a pea and apple soup at the bottom of the post, there’s a vegan and gluten free recipe so you should go check it out you know.
I hope you enjoy both, the guide and the recipe, my best regards, Anze.

First of all, Ljubljana is not that big. You can get across the town in an hour by the buss or less if you’re not stuck in traffic. There’s a public buss line called Trola which drives across town for 10 euros a month, so I’f you’re staying for more than a week, it really pays off to buy the full month Urbana (which is the card you use to pay, you can’t pay by cash on the buss). You shouldn’t rent a car unless you want to go to other cities in Slovenia, because as I’ve already said – Ljubljana is small, the public traffic is cheap & good + the parking houses are quite expensive. The Slovenska street, which is the main street is closed to traffic anyways, so you won’t be able to get to the old city by car. It’s the easiest to leave your car 1-2km walking distance from Čopova (main shopping street) and go where you want to by foot. That’s exercise right? Another way to get your ass places is by bike. Ljubljana rents public bikes – Bicikelj and you have stations for them all over the town. They’re not very useful during the winter (I still use them doe), and they cost 1 euro per year. You can rent them with your Urbana, just ask the guy for it when you’re getting your Urbana card.

Ljubljana being the new Berlin, we are heavy on the hipster aka vegan food and hipster cafes. They’re quite new and actually happened in the past five years or so. If you’re vegan and they don’t happen to have any dishes you could eat, go for the pizza without cheese. They’re super delish. 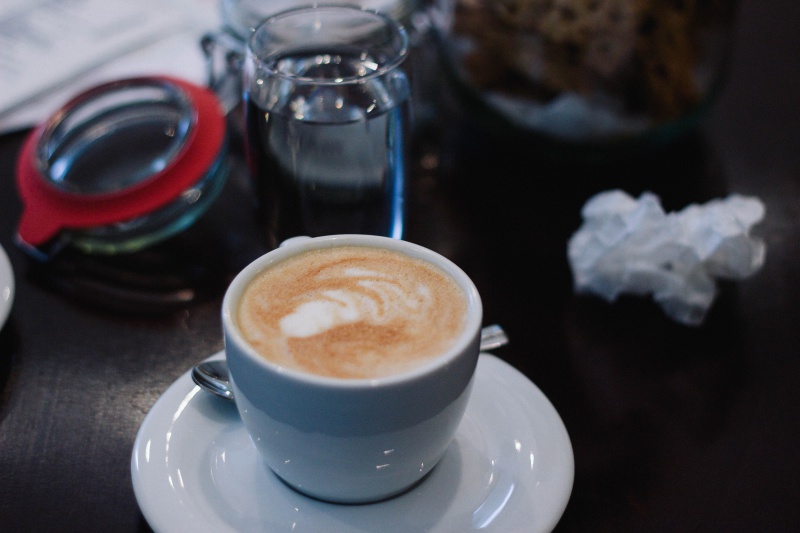 Pritličje is a new place just next to the Ljubljana city hall. It opened a month ago or so, but I’ve already been there or four times. They serve the foamiest soy latte in town, but don’t add any sugar ass it’s already sweet enough. 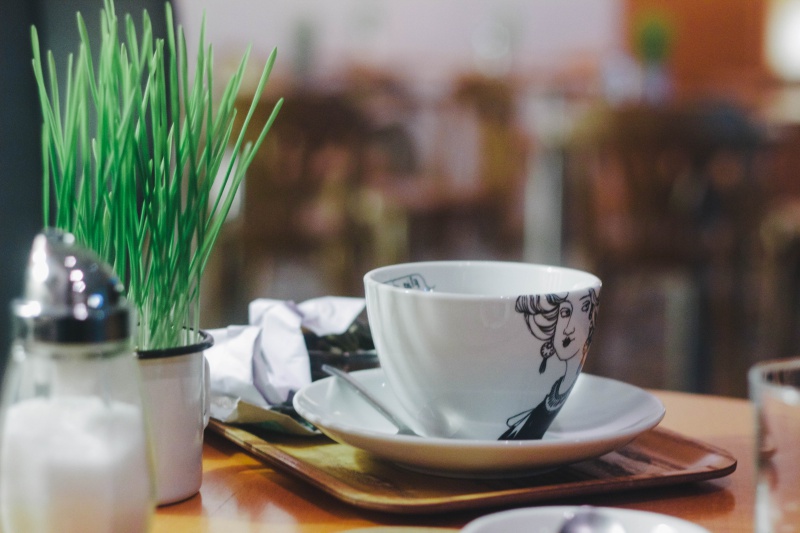 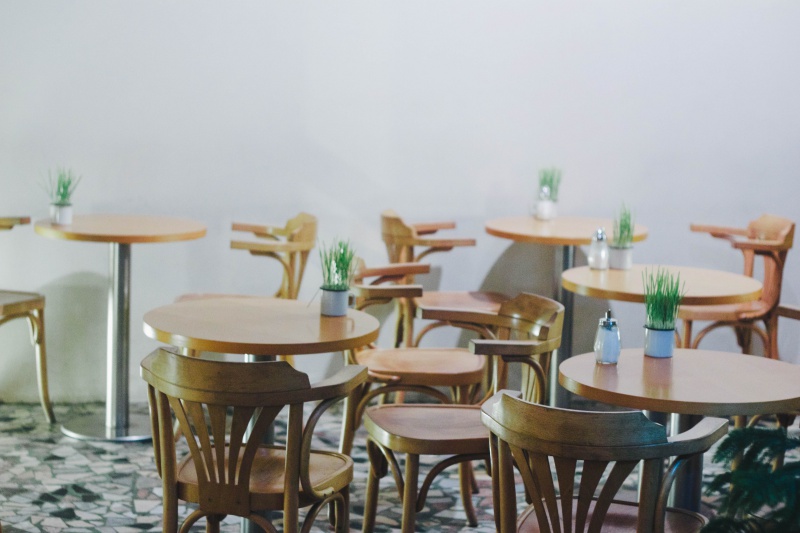 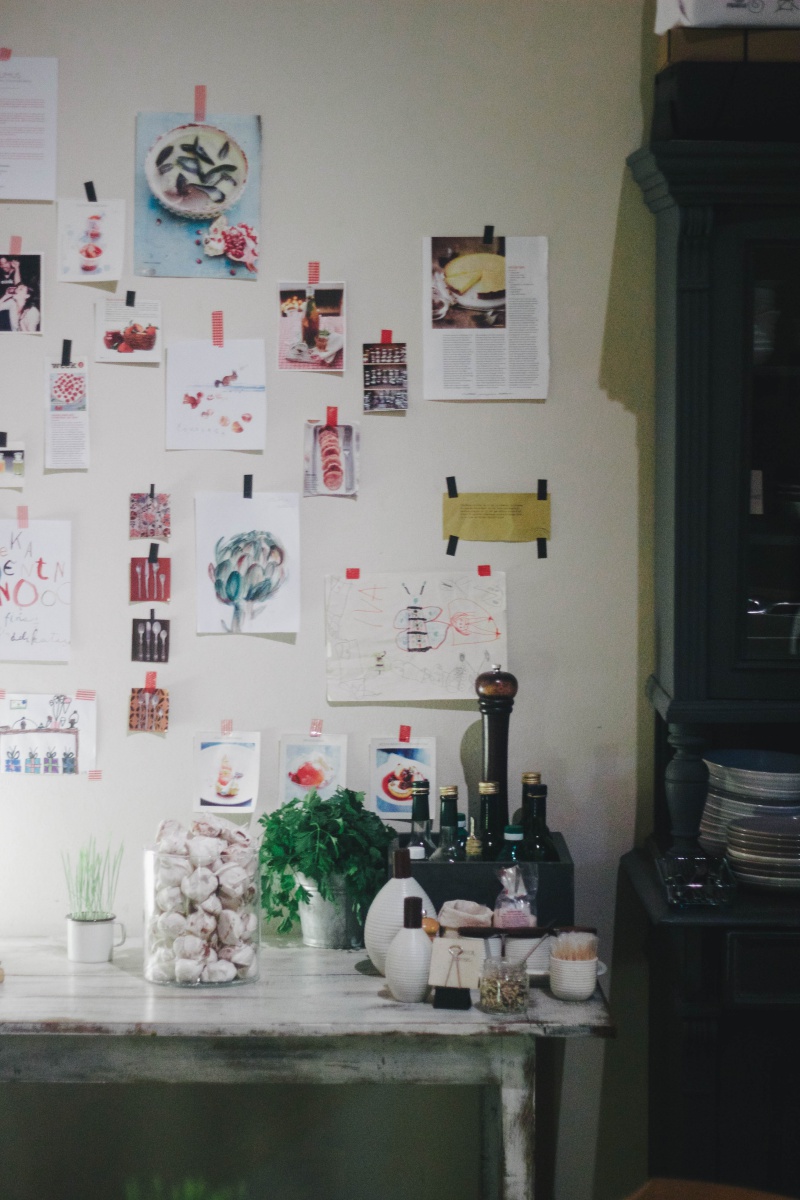 Bazilika is my favourite cafe in Ljubljana. They serve fresh organic daily lunches and the best pie in town. The variety is endless, all doe if you’re vegan, go for the avocado hummus sandwich, or the sun dried tomato, tofu and pesto sandwich. They serve all vegan lunches on Wednesdays, but the cafe itself isn’t vegan. They have amazing banana bread, and their chocolate & raspberry tarts are amazing. They have a vegan & a non-vegan edition. Their coffee is pretty nice too, my personal preference is a flat white made with soy milk & Brazilian coffee. It’s located next to Maxi market and Cankarjev dom. 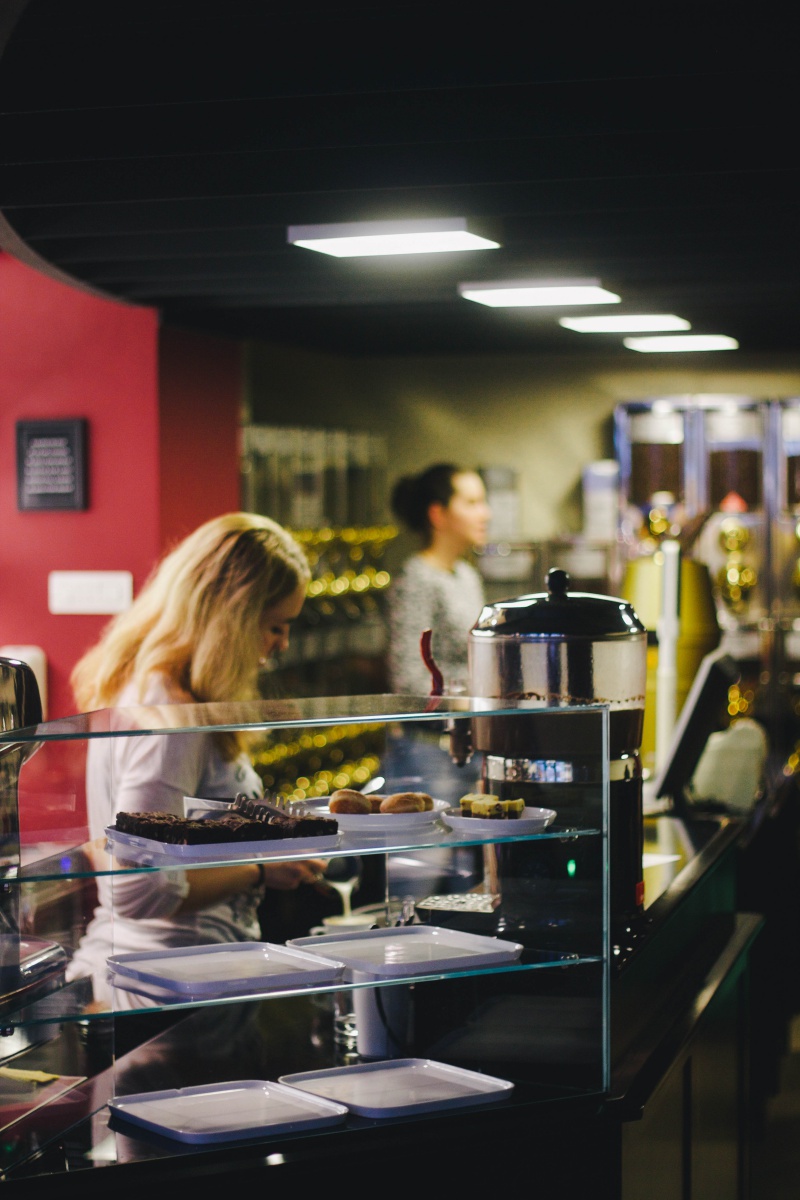 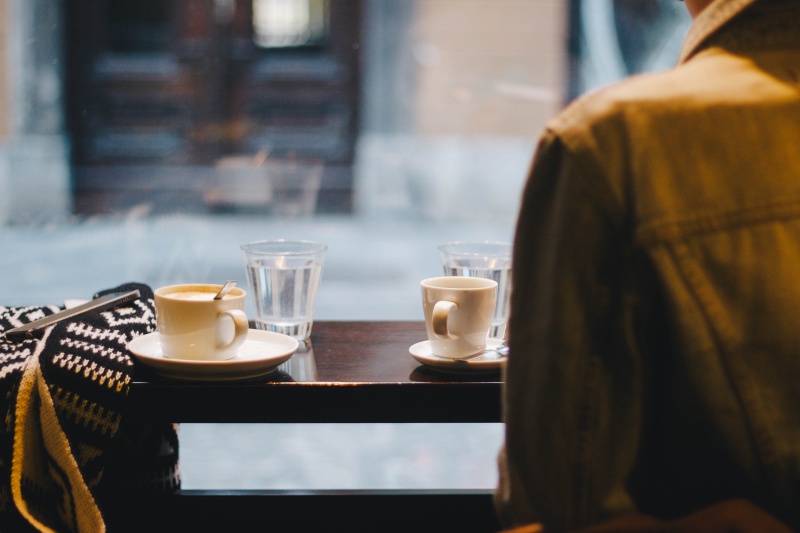 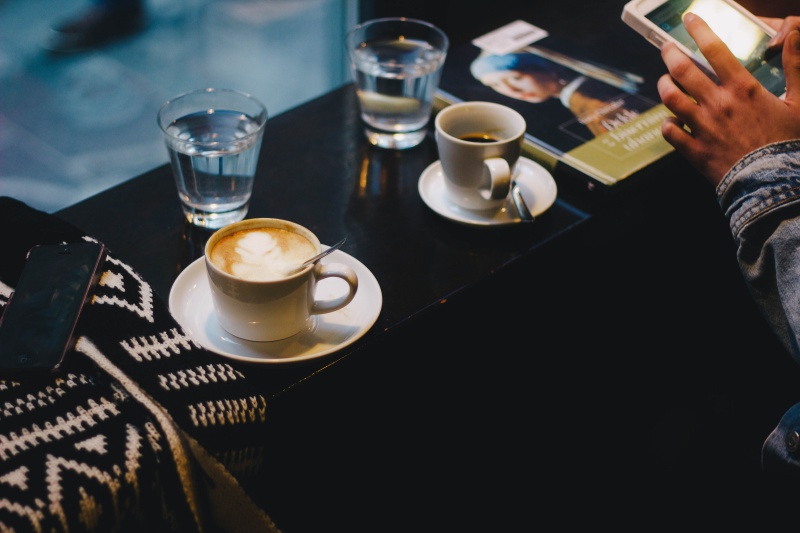 Kafetino serves the best coffee in town. My friends tell me their brownies are amazing too. I usually go for a plum cinnamon soy milk latte. It’s a super cozy place, but it doesn’t get any sun light, so I prefer it in winter over summer.

Central station is about a year old place on Trubarjeva. It’s the nicest designed cafe in town. Their interior and graphic design is simply amazing. There are vintage jars filled with all kinds of pasta and the shelves are filled with the prettiest plants ever. They don’t serve soy milk so I usually go for a double espresso and a thick crust pizza with pesto genovese (surprisingly vegan), sun dried tomatoes & tomatoes. If you’re a smoker, this one’s for you. 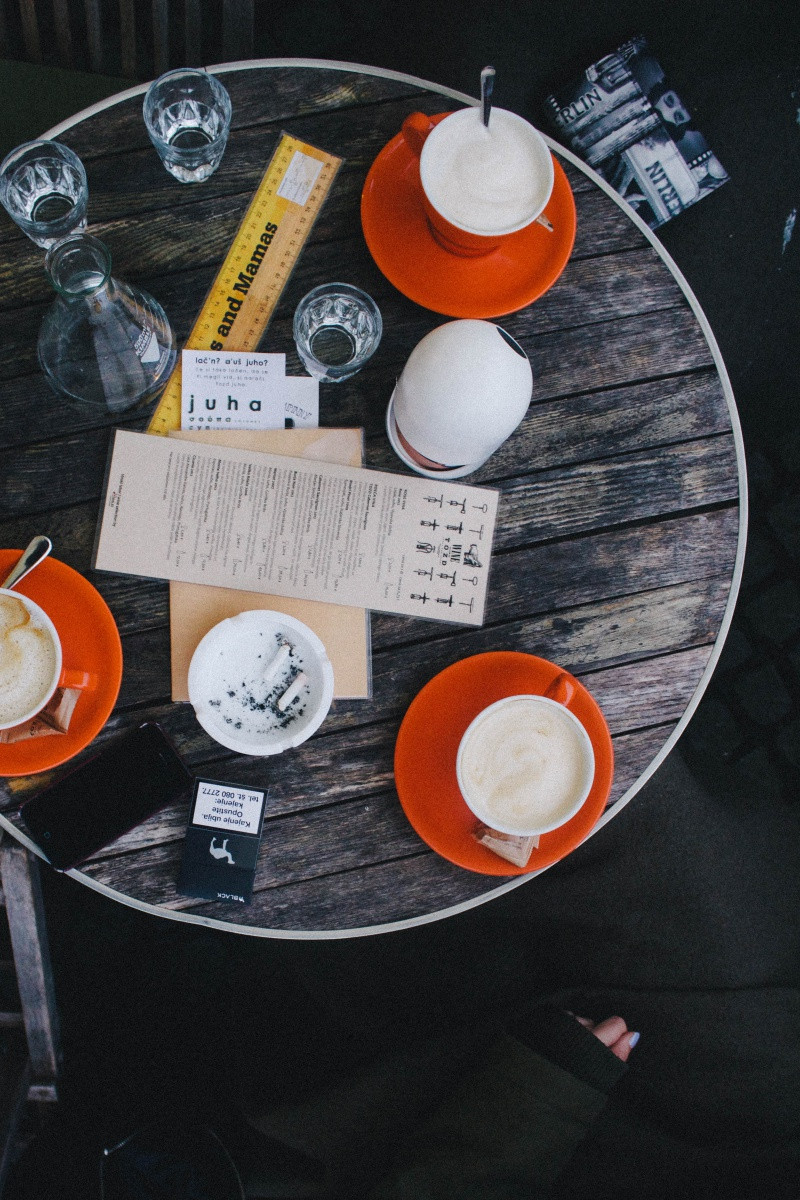 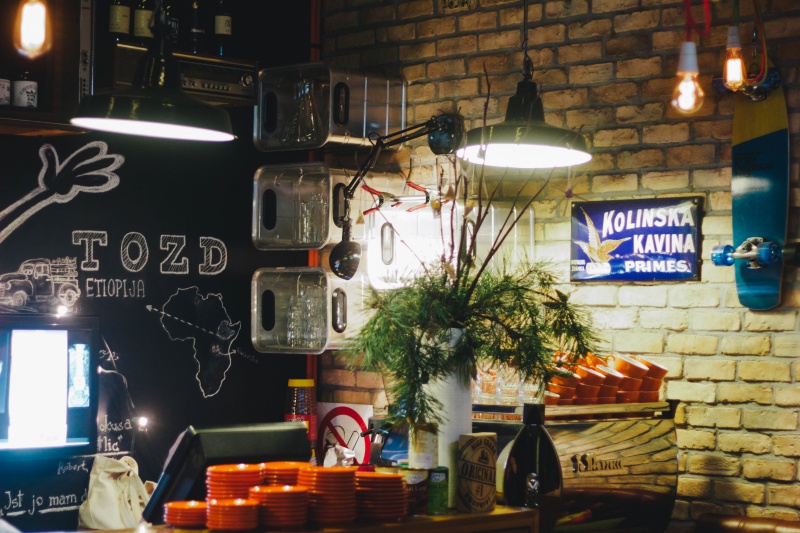 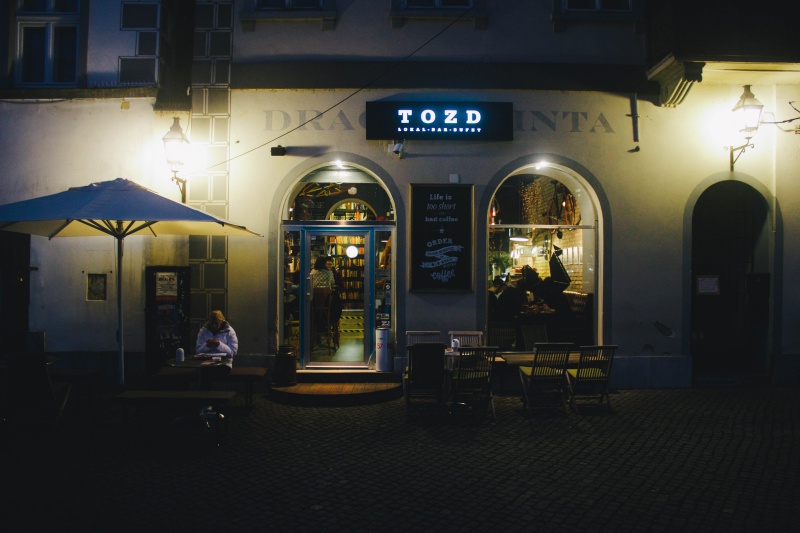 Tozd bar is quite near the city centre, but not quite there. It is by Ljubljanica doe. They sell Bazilika’s pie (from above), sandwiches and daily soups. If you’re not hungry, go for the green tea chai latte. It’s fucking amazing. 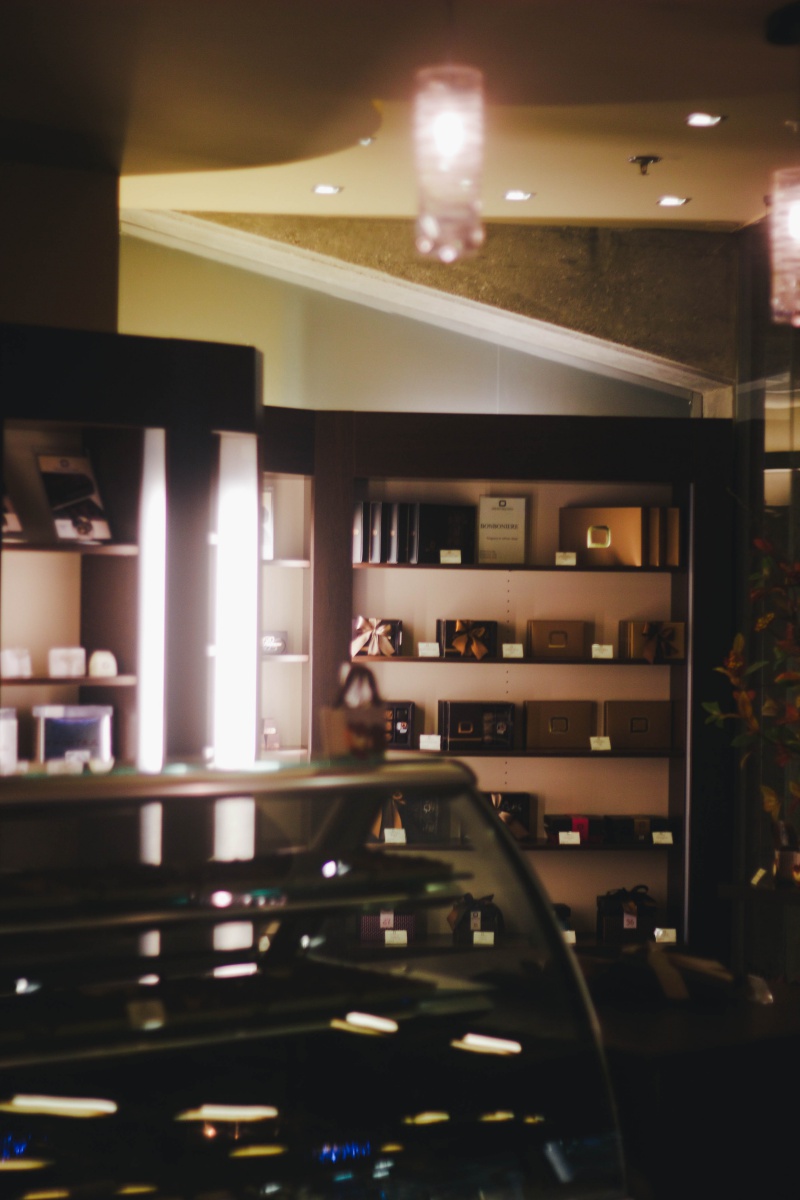 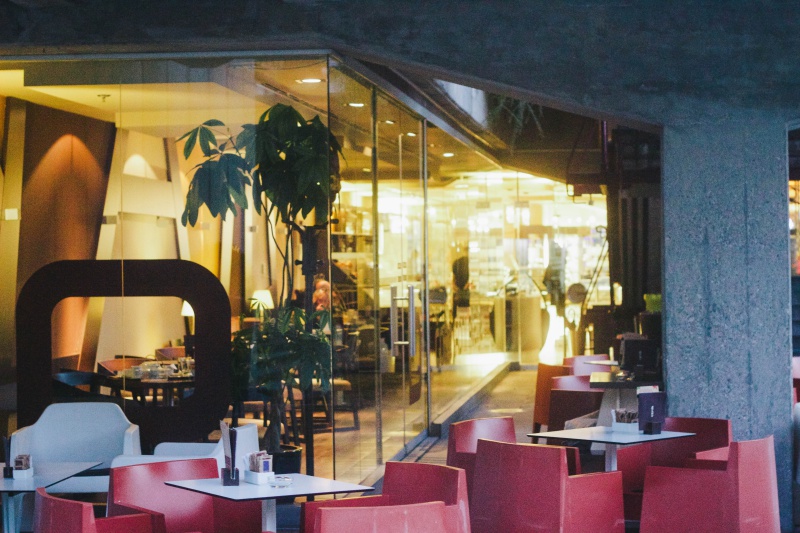 Dobnik is in the basement of Cankarjev dom. I know it doesn’t sound like a breath taking location, well it isn’t. But it’s actually a chocolaterie + a cafe. Their lavander chocolate bar is to die for. I’m a huge matcha fan so I usually go for that, but it really depends on the waiter how the drink tastes. I’ve had the best matcha in my life, but I also almost threw up once.

13 is a cafe near my school aka Križanke (a Jože Plečnik building) and it’s where I spend my lunch most times. I’m not a lunchy person through the week to be honest. I’m more of a “shit I’m too lazy for this, I’ll just have a cup off coffee and pretend I’m not hungry”. Their coffee is one of the best, but it needs brown sugar in my opinion.

Le petit is literally next to 13. It’s a french themed cafe and it’s one of the best tasting food bars in town too. Their chestnut cake is to die for (I tried it once I wasn’t vegan yet). The ambient is nice but besides that, nothing’s really that special if you’re vegan.

Semafor is the place if you’re trying to get boozy for close to nothing. The booze is really cheap, but that’s it. 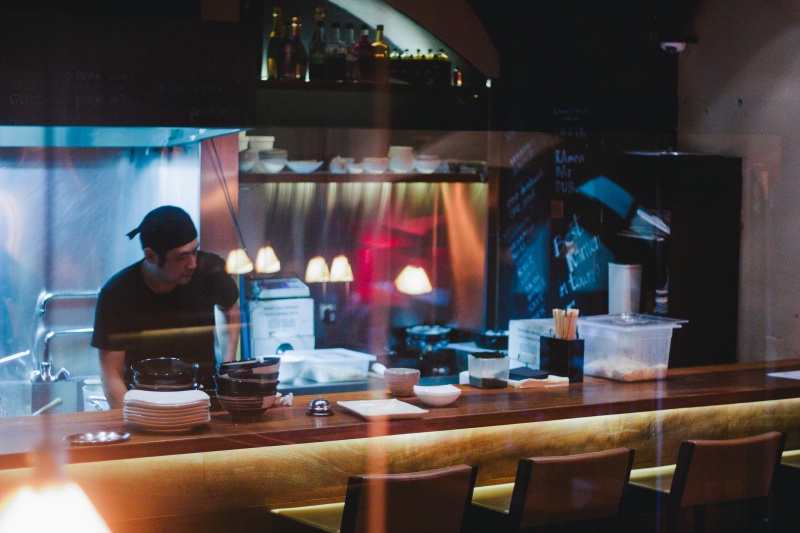 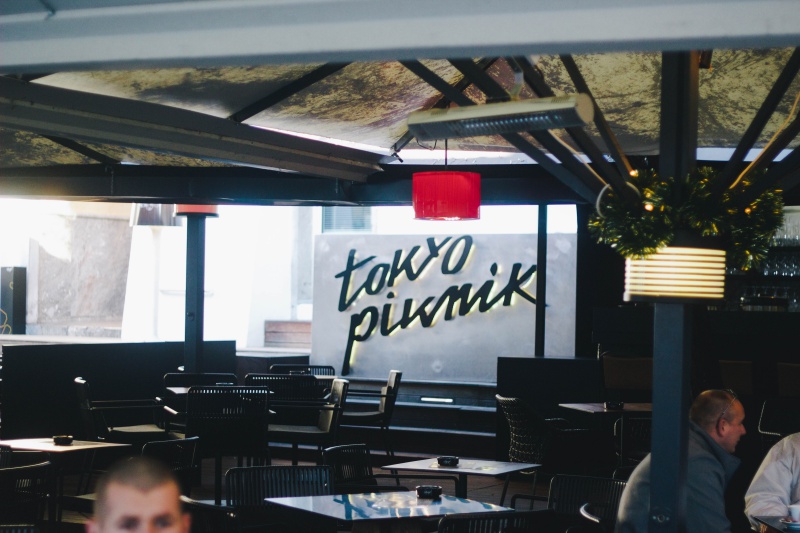 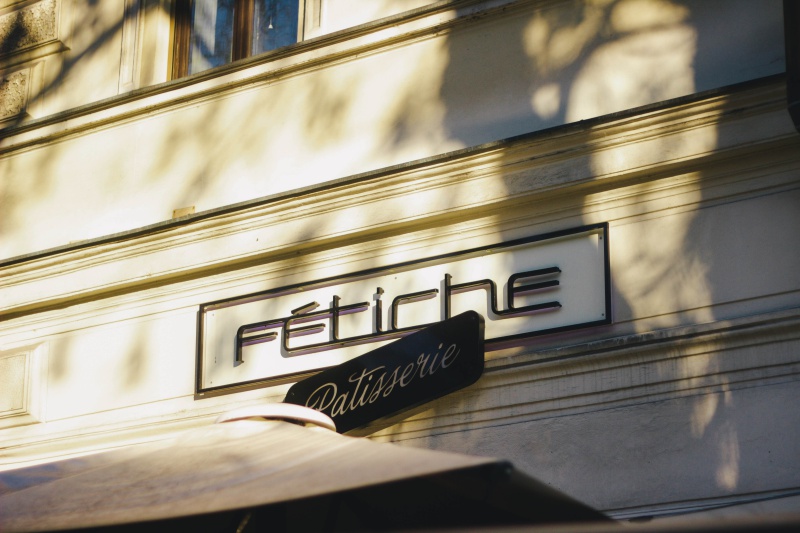 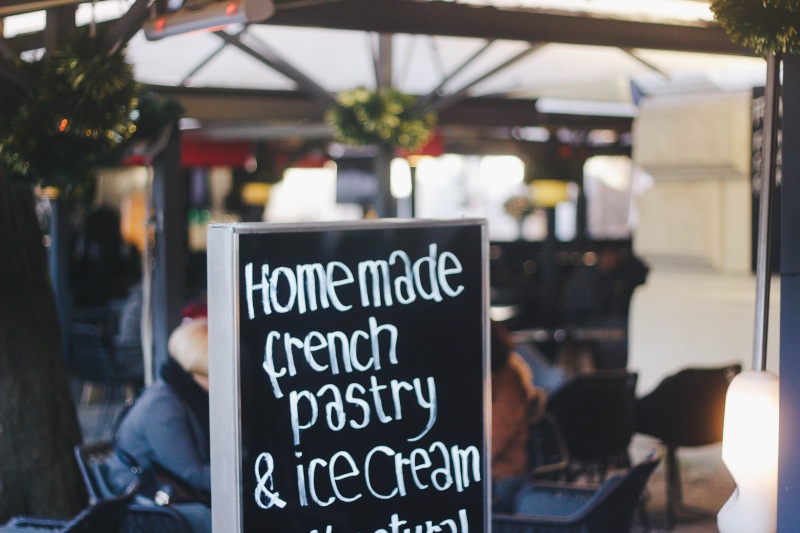 Tokyo piknik is an amazing place if you love asian food. Go for the curry, but ask for no chicken, just vegetables. It also has a patisserie called Fetiche 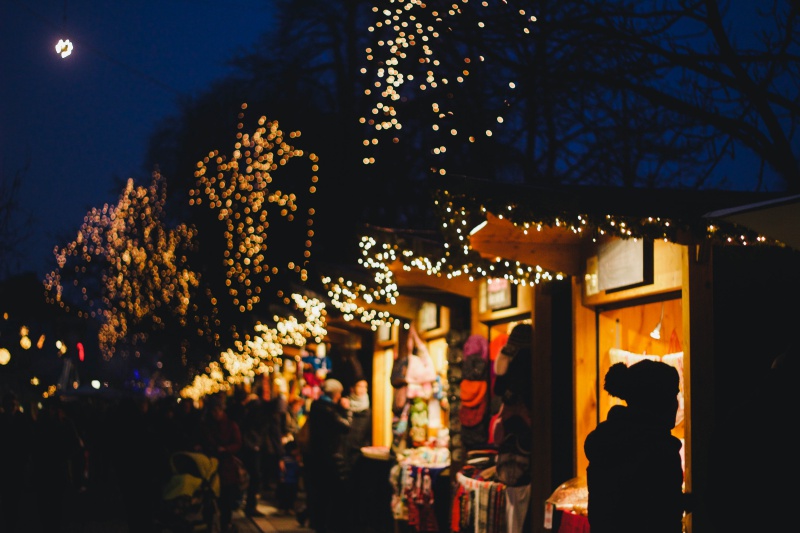 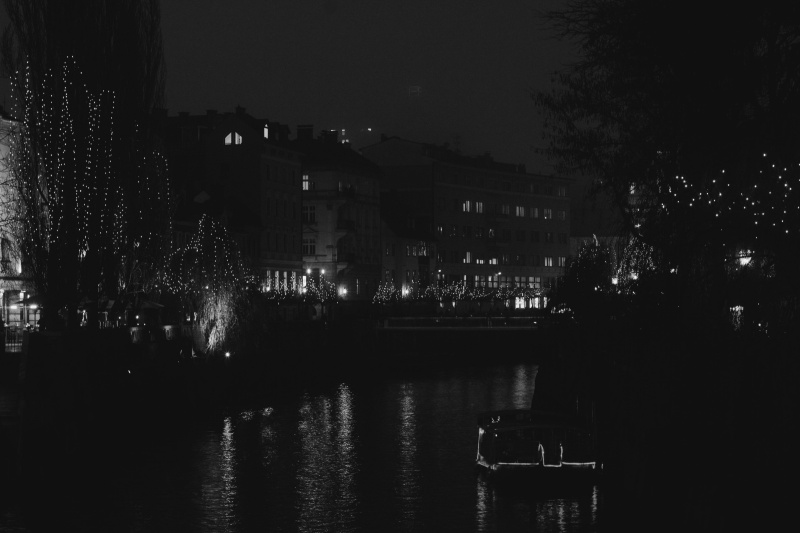 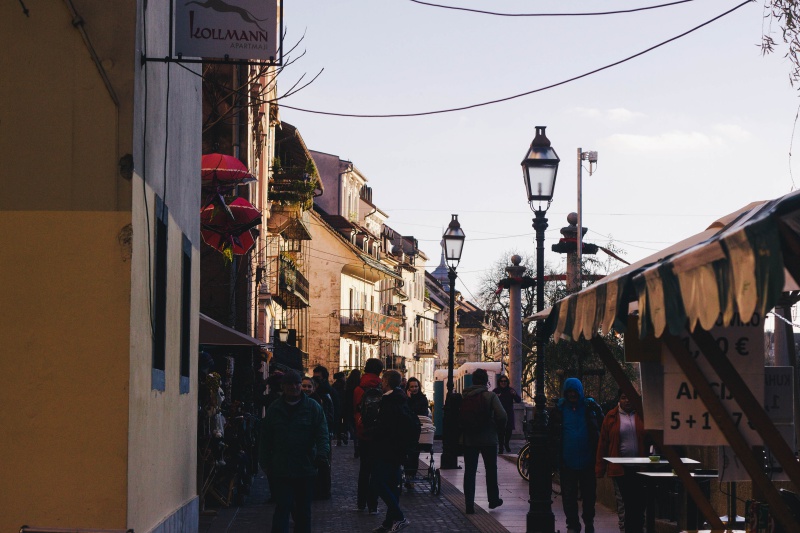 That’s pretty much it for the food guide, well there is Cacao, Lolita and Zveda, but they’re all overpriced shitty cafes that everyone goes to. Try out something new!

If you’re a runner, Tivoli is the place for you. It’s a park located in the city centre and it leads to Rožnik, which is a low hill, perfect for a morning run. I’m one of those people haha. 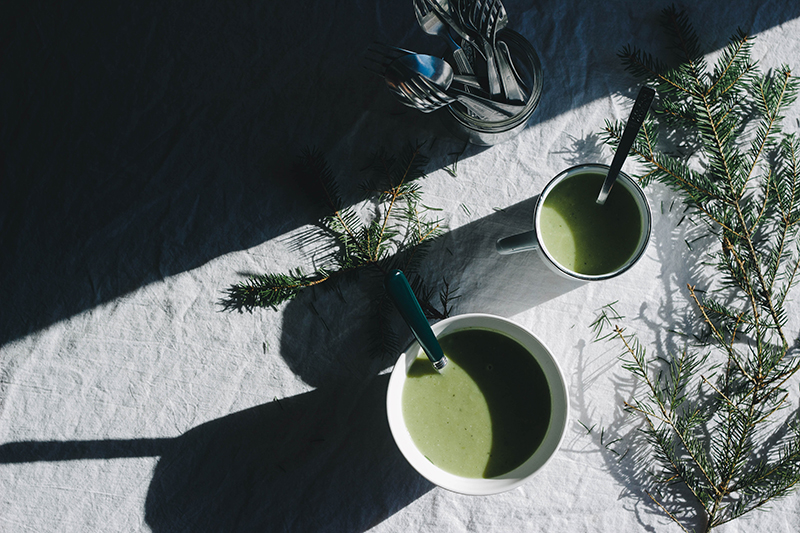 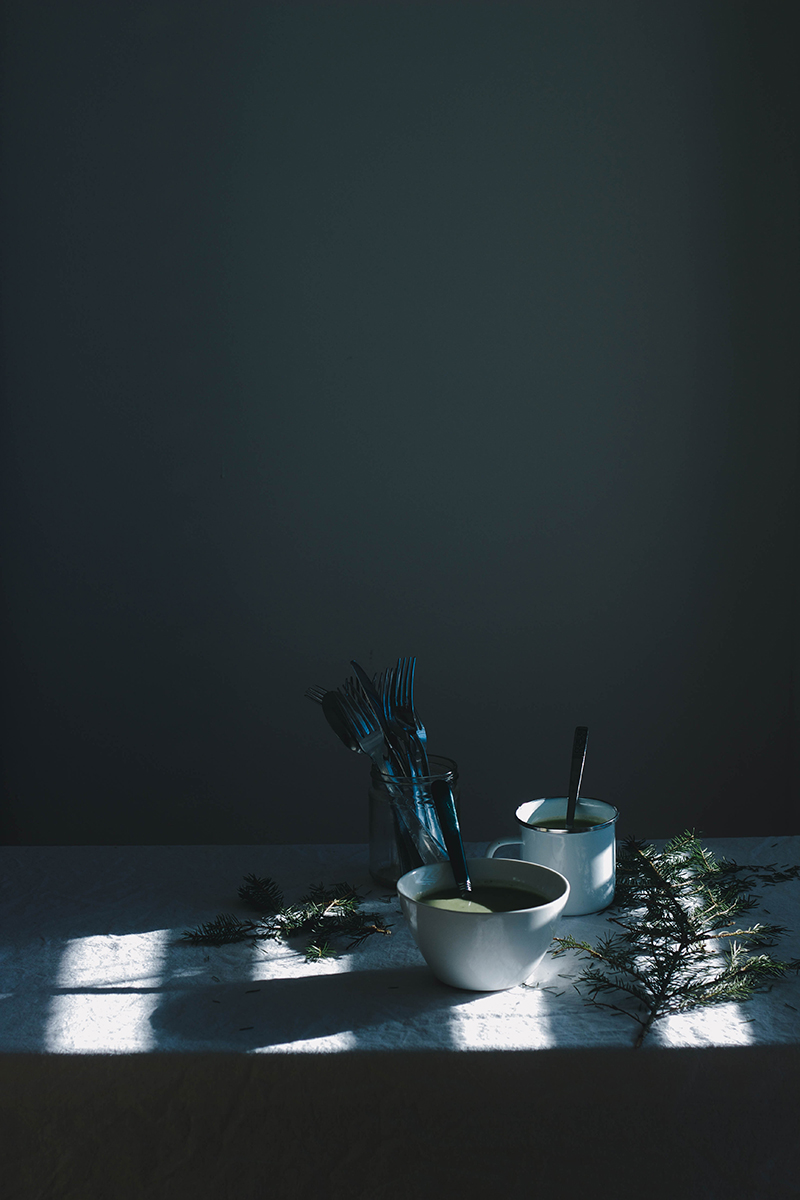 In a dutch oven, heat the coconut oil. Add the onions and sliced garlic and sweat until the entire house smell super nice the onions have browned slightly. Add your peas, thinly sliced apples and thinly sliced peeled potatoes. Add the water, salt, pepper, parsley and cashews. Cook for 30 minutes and blend in a high speed blender until it’s super smooth and creamy.

* This is optionall but it will keep the soup bright green. If you want a greener soup, you could blend in some fresh spinach or kale, but I haven’t tried. 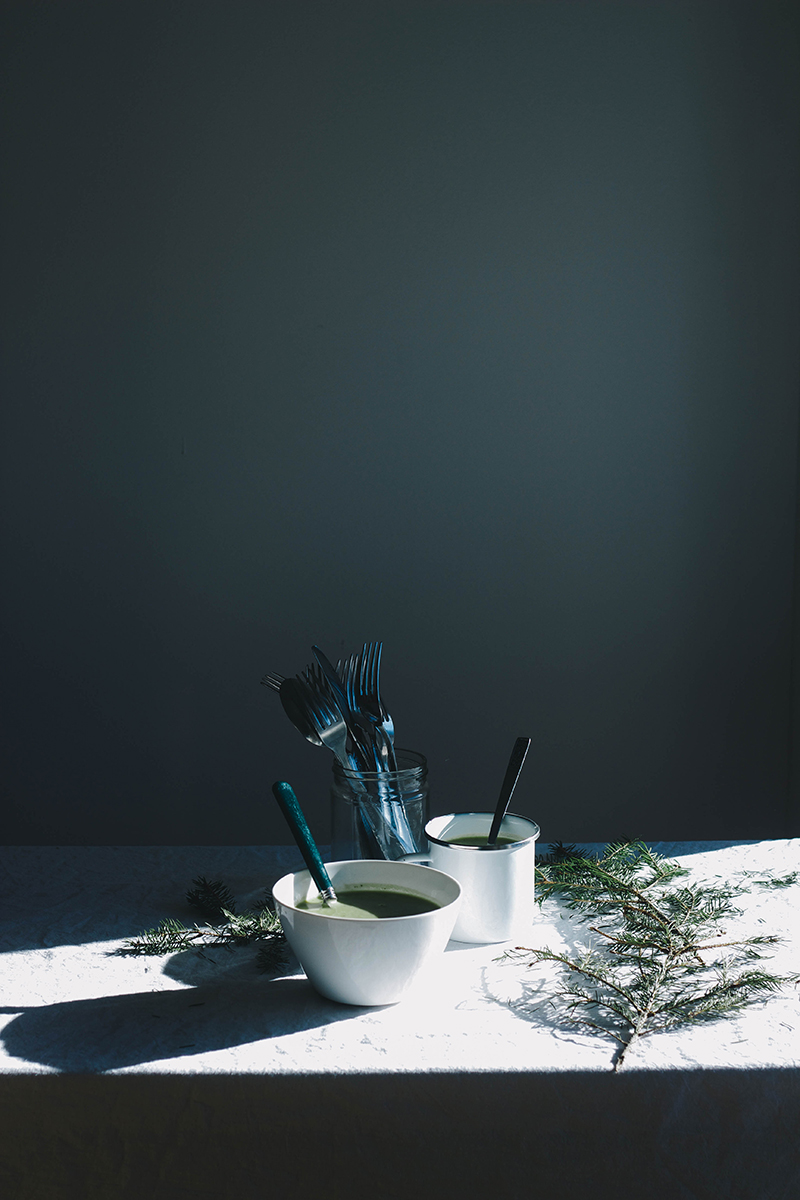